The Grateful Dead is one of the most iconic bands of the last century. They were founded in the San Francisco Bay area, specifically Haight-Ashbury, during the counterculture movement of the 1960s. The founding members of the band were Jerry Garcia, Bob Weir, Ron “Pigpen” McKernan, Phil Lesh, and Bill Kreutzmann.

Those of you of a certain age will know the Grateful Dead very well. Others will probably have at least heard of them. You may remember the video on MTV (when they actually played music videos) for the song Touch of Gray where they start the video playing a concert as skeletons then turn into humans. Google it. It’s pretty cool.

They had a very long run from 1965 – 1995 when Jerry Garcia passed away suddenly. Since then various band members formed their own bands over the years, and they have toured together in various formations.

In addition to their accomplishments in music, they were ahead of their time in marketing their music and the band. They built a huge following of loyal fans they called “Deadheads”. Whether it was intentional or not, what they did worked.

Studies have been done over the years analyzing how the Grateful Dead became the most successful touring band in history and how they built such a loyal following without selling a lot of albums (relative to other rock stars).

There are a lot of lessons to be learned from how they marketed themselves that are applicable to every business in today’s connected high-tech world.

One of the best books I have found on the topic is David Meermen Scott and Brian Halligan’s book –“Marketing Lessons From The Grateful Dead (What every business can learn from the most iconic band in history)”.

The great thing about this book is both authors are both Deadheads going back to the 1970s. So their passion for the Grateful Dead and for marketing shines through. It’s also a quick and entertaining read with great graphics and design. I usually don’t mention these two things when referring to a book, but this one is exceptionally well done.

What did the Grateful Dead do that you can learn from and use today in your business?

There are 19 different things in the book, but I just picked six to mention here.

Keep in mind this is the late 1960s and the Dead had the forethought to build their list. There was no email. There was no internet. They built their list by collecting names and physical addresses at the shows. They sent a hard copy newsletter through the mail. They had a phone number for their fans to call to get tickets, keep up with the latest happenings, etc. They grew their list to over 50,000 in five years and continued to grow exponentially over the years.

They did many things that created a strong sense of community with their fans. This made them different from other bands of the era. They referred to their community as “Deadheads”. Deadheads would actually follow the band in caravans to every concert. They were always made to feel they were part of something bigger. They were part of the band.

Business owners now have so many tools at their disposal to build their list of loyal followers – email, social media, blogs, podcasts, video. So start building your list (THE MOST VALUABLE ASSET IN YOUR BUSINESS). You can build your tribe of loyal, raving fans much easier than the way they did it pre-internet. So what are you waiting for?

The Grateful Dead created their own ticketing office so they could control who got the tickets rather than depend totally on Ticketmaster. This kept costs down and created an even more loyal following. The Deadheads felt they were special because many times they were able to get front row seats at the concerts.

They knew before anyone else when new music was coming, when the next shows were scheduled, and learned personal things the band shared with only them. They were in the know when it came to the Grateful Dead.

For their live performances, they invested in the best stage equipment available at the time – lights, speakers, staging, recording. Everything was the best money could buy at the time, and they did it for their loyal followers to make sure their fans had the best experience possible at their concerts. This led to everyone telling their friends about their experience.

Businesses will sometimes spend all their time chasing new customers while neglecting their current customers. This is a really bad idea. You have to take care of your current customers. That’s why you need marketing assets in your business you can use over and over again. Marketing assets such as lead generation landing pages, lead magnets, great offers, direct mail campaigns, and PPC Ad campaigns. One and done marketing rarely works long term.

If you have read some of my other blog posts, you’ve heard me say marketing is the most important thing you can do in your business. It is priority one. BUT when it comes to clients in my business who are paying me money every month, I do everything possible to provide a great experience for them and get results. And I usually go above and beyond to make sure both those things happen. I do everything I can to make sure they stick.

And that is probably the reason I have clients who have been with me for 7 plus years. No contract. No obligation on their part. But they stay because they know I have their best interest and their bottom line in mind…always. My philosophy is I have to find a way to make clients more money than they are paying me. I have to provide value.

The Grateful Dead made mistakes on stage. But their fans loved it because it made the members of the band more human. The fans would laugh it off just as the band laughed it off. They would sometimes forget the beginning of a song and have to start over. But the fans were very forgiving of anything the band did because they were made to feel they were part of a community. And they were all in this thing together.

Are there any tasks you haven’t started or strategies you haven’t implemented because you were afraid of making a mistake, coming across as dumb, or worried about what someone you don’t even know may think.

When you start writing your blog, your writing is probably not going to be that great. When you start shooting videos with your iPhone, they will not be that great. You will say the wrong thing, you may be a little nervous and mess it up. But that’s okay. By your 10th or 20th blog post, you will see a noticeable difference in your writing. When you shoot your 25th video, you will start seeing improvement and you will get better with time if you don’t stop.

The Grateful Dead allowed fans to take photographs and record their live performances. The people who recorded the shows were called “Tapers”. And the Dead encourage all of it.

So the Deadheads would exchange cassette tapes of live shows and spread the word about the band. Then when the Dead would play at the next city, there was already a buzz going about them before they got to the next town so they sold lots of tickets. Don’t be afraid to share your best content.

Since the quality of the live performance audio done by the Tapers was sometimes not that great, the band started recording their own live shows using top of the line recording gear. Then they sold these quality recordings. So even though some of their fans had the free tape, they still purchased the better quality tape.

Sound familiar? Marketers now use sales funnels. They give away a free ebook to collect the email address, get them into a funnel, and later sell a more expensive product. They were doing this before sales funnels or the internet.

Before starting the Grateful Dead, Jerry Garcia was giving guitar lessons and living in his car. But he had made up his mind that he was going to play guitar, play music, and pursue this for the rest of his life no matter what happened. He loved playing music. There was no plan B.

Of course following your bliss doesn’t work out for everyone. But it can sometimes be better than spending your entire life doing something you hate doing because someone told you this is what you should do. You end up living someone else’s life rather than your own.

Business is hard enough without adding to the fact you don’t like what you do. If you don’t love what you do as a business owner, you will quit when the going gets tough…and it will get tough sometimes. I’m not saying you will love everything you do in your business, but if you enjoy 20% of what you do, you will be far ahead of most people.

Build the business you want to build, pursue YOUR ambitions and market like the Grateful Dead. 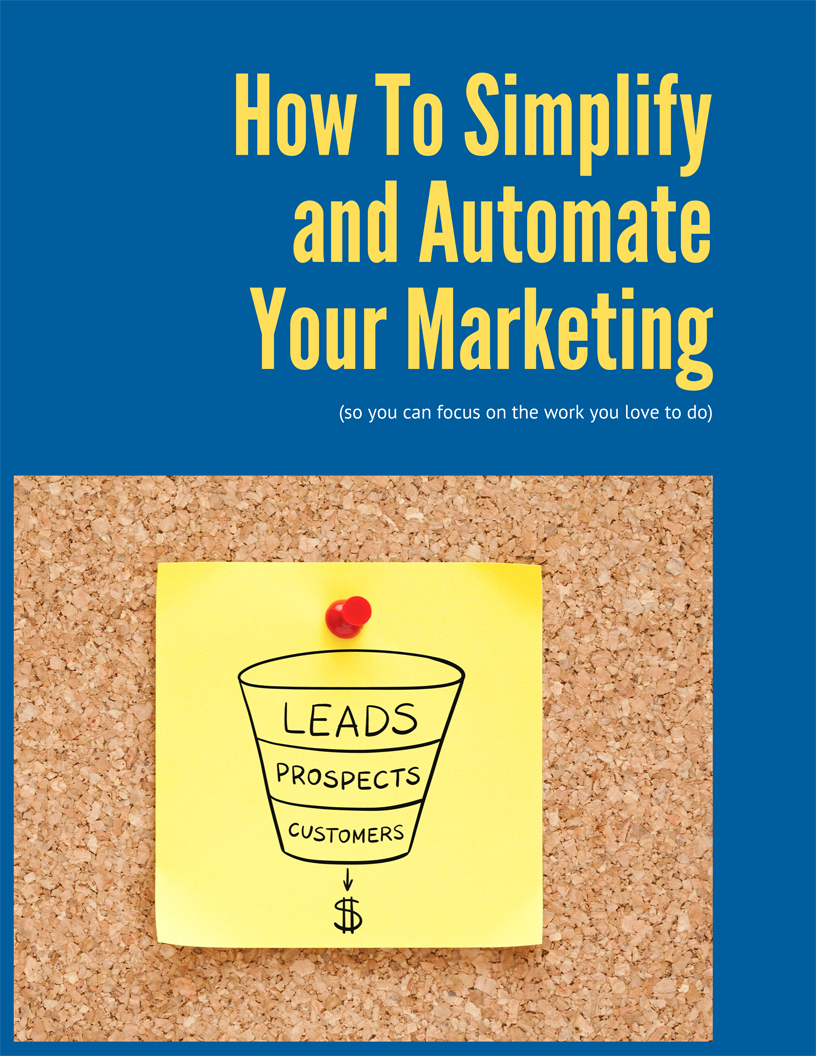 Enter your Name and Email Below